Millennium – A New Hope on Steam

The Millennium series by Aldorlea Games is a  five part series of Japanese-style RPGs developed with RPG Maker XP.  Millennium – A New Hope is the first game in the series, and if you’re at all familiar with RPG Maker games, it looks and plays pretty much as you’d expect.  There don’t seem to be any controls for resolution or playing in windowed mode, but the graphics are good for what they are and for their age.

There’s a (skip-able) short introduction to the setting, then a series of questions to determine how you want to play the game.  I chose the easiest setting with visible monster encounters (just the idea of invisible ones was a little terrifying). I also turned on directional arrows, but this is something you probably want to skip if you’re inclined to explore everything.

You play as Marine, a teenage girl, who decides to embark on a journey to change the balance of power in the land of Myst after her father is seriously injured while trying to get aid for the poor rural folks. 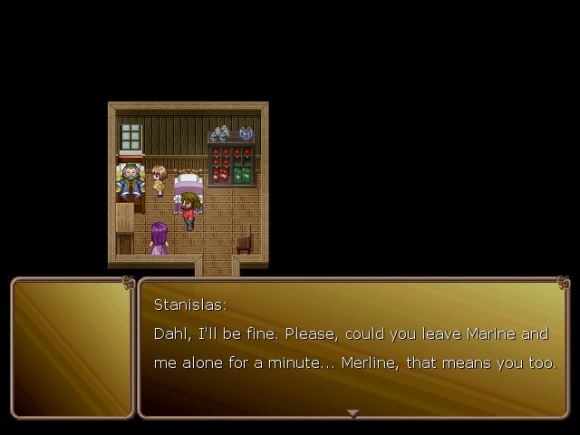 If you want to keep up with the story – and if you don’t, this is probably not a game you want to play – prepare to do a lot of reading.  The combat is fairly simplistic, and reminded me a great deal of Skilltree Saga.  However, the tutorial seems to indicate that you will pick up additional party members along the way, and taking that into consideration, I can appreciate the choice of combat style. 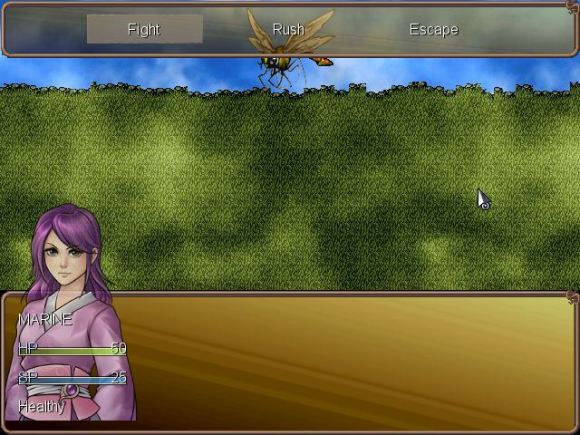 The one gripe I have with this game is that, for an RPG, there seems to be very limited options for customization. You don’t have a class, you don’t decide your appearance, and when you level up, your stats are increased, but they are allocated for you.  Some of this may be due to my selection of the easiest difficulty, but overall, I feel like this is more of a visual novel so far.  While there’s nothing wrong with that, provided the story continues to be as interesting as it is at the start, I feel like the biggest draw of an RPG is being able to choose your style of play, and that really isn’t present in the beginning of the game.

Overall, it’s a game I may go back to, but I won’t be rushing to purchase the other chapters because I’m unsure of how well the game will hold me. However, the option exist to import your save file from chapter to chapter.  There is also a game guide available for an additional cost.