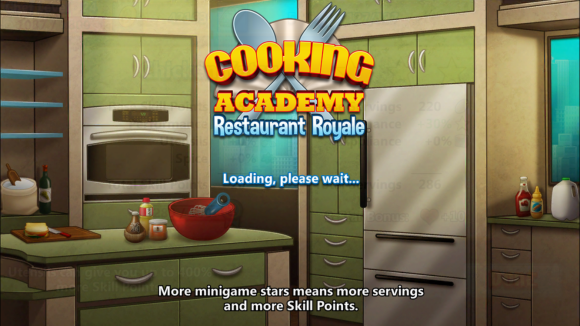 MSRP: Free, with in app purchases

Sometime last month, while mired in spooky games on the PC, I re-downloaded Cooking Academy: Restaurant Royale on my iPhone 6. I don’t keep many games on my phone – usually it’s just Two Dots and Pokemon Go.  I tend to prefer my mobile time waster games on the Kindle Fire, however, for no reason I can adequately explain, I’m a sucker for cooking games. 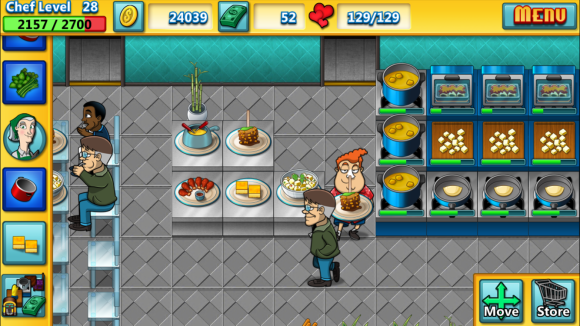 It’s a simple game – you cook food by playing mini-games to serve in your restaurant (which you furnish and decorate as well).  The more often you make a recipe, the better you get at making it.  You also get experience towards your chef level, which unlocks new recipes and enables you to have more furniture, decor, and cooking equipment in your restaurant.  There’s a scrollbar at the left side of the screen that contains all your active quests, which can reward coins or bucks (the purchasable premium currency). Every day, you get two daily demand quests, which require you to make and sell a certain number of a specific recipe within 24 hours. 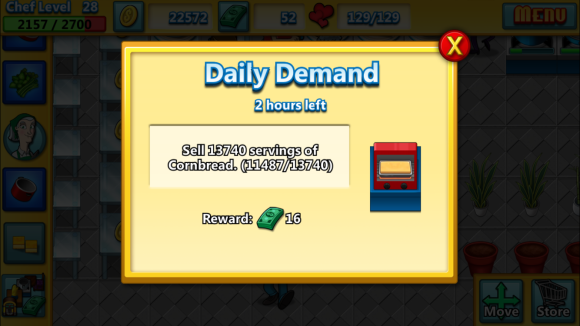 Progress is decently fast if you have a lot of time to check your phone and keep putting on new recipes; that said, if you only have a few minutes to play once or twice a day, it’s likely to end up being more tedious than fun.  Some recipes cook in minutes, some take almost a full day, and to keep progressing on the quest, you’ll need to cook them all often.  I tend to put on short recipes while doing something else, like watching TV, which will allow me to cook a lot over a couple of hours. 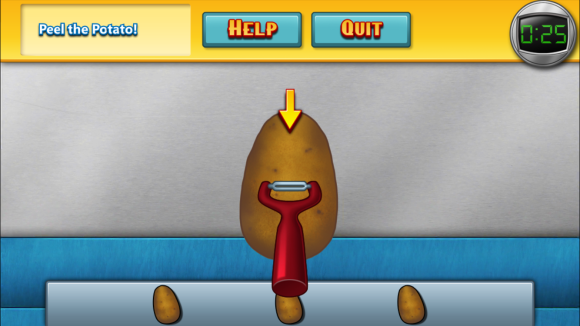 All the mini-games feel pretty good to play with a touch screen, however, I can’t imagine trying to play this game with a mouse. There are very few recipes that I don’t get full stars pretty much every time. You also have the option of adding spices to your food which increase the rate at which you skill up.   Spices are grown in special pots, and it’s up to you to figure out which spice goes with which recipe.  There are four different appliances, each with their own set of recipes. 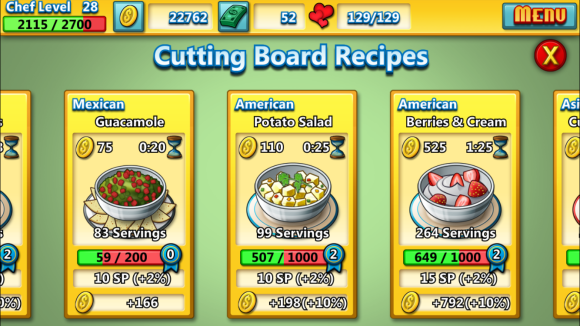 Cooking Academy: Restaurant Royale is perfectly playable without spending a penny of real money.  There are two things you can spend money on – bucks, which are necessary for certain upgrades (but can also be earned slowly through regular play), or boosts, which are permanent game play changes, such as making food cook faster, or increased time on mini-games. Bucks can also be exchanged for coins, if you find yourself dollar rich and penny poor. 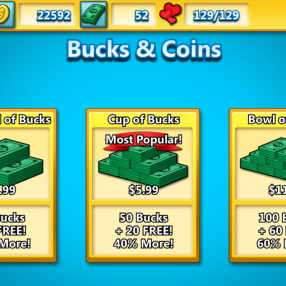 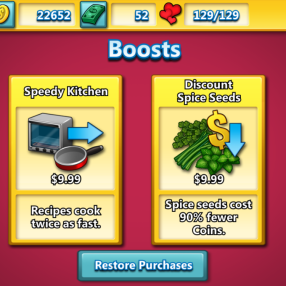 Overall, for a freemium game, I’ve gotten a lot of play time out of Cooking Academy: Restaurant Royale, but it is definitely a time eater. I wouldn’t recommend it for someone who has little time for mobile gaming, as it’s best played in short but frequent sessions.