The Walking Dead on Steam

Okay, so maybe The Walking Dead isn’t, in a traditional sense, a horror game, but there are definitely zombies, so I’m going with it. Unless you’ve been living in an underground bunker, you’ve probably heard of The Walking Dead in some capacity: the comics, the television show, the novelizations, and/or the video games.  It’s a franchise that has managed to firmly entrench itself in popular culture, and I admit to being one of those who has gobbled up just about everything “Walking Dead” I could get my hands on (the novels are actually far better than expected, although I recommend reading them after watching at least through S4 of the television show because spoilers happen).

Thankfully, the video game and the series are less tightly tied together, so you’ll find no spoilers here (or vice versa).  Like most Telltale Games titles, you’re not going to be slaughtering things willy nilly – this is a game about story and hard choices more so than it’s a game about killing zombies. The player character is Lee Everett, who is on his way to prison after being convicted of murder when the car transporting him goes off the road after colliding with one of the walking dead on the highway. For the next twelve or so hours, you will follow Lee and the folks he encounters along the way as he attempts to survive during the zombie apocalypse, all while caring for 8-year old Clementine, who he discovers hiding alone early in the game. 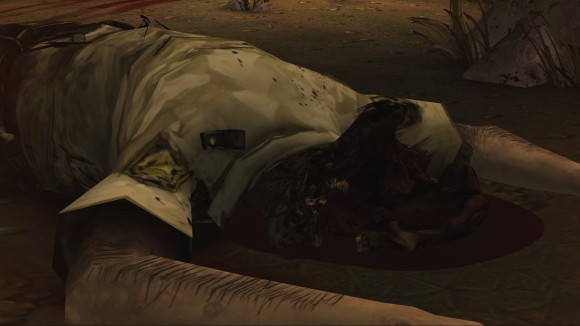 To say much more about the story would ruin the journey, although I will say that some of the situations Lee encounters along the way have stuck with me since the first time I played this game, back in 2013, over a five day period. Revisiting it, I found that I remembered only the best parts, having completely forgotten the sometimes awkward character movement and irritating puzzle-like aspects of the game.  It’s not the best game that Telltale Games has put out, but it’s absolutely worth playing as long as you come for the story and are prepared to stay for the feels. 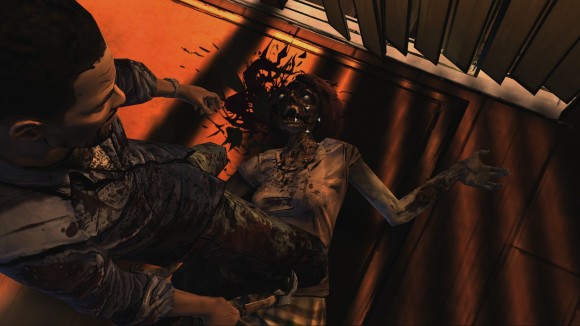 In addition to the original five episodes included in the purchase price, there is one piece of paid DLC called 400 Days as well as two follow up games (The Walking Dead: Season 2 and The Walking Dead: Michonne), with a third season in the works.  Season 2 allows importing of your original save and will have differences based on the choices you originally made. Although the impact of choices makes for a more compelling game, the changes are not so striking as to warrant back to back replays. Coming back to it after a few years, however, feels somewhat like rereading a favorite book.

I personally tend to avoid purchasing episodic games until all the chapters are available to play.  Of course, I also prefer to binge watch seasons of television shows I really enjoy when they make their way to Netflix rather than watching week in and week out. This kind of patience often pays off when it comes to video games – 75% off sales of The Walking Dead and 400 Days are not uncommon, and if you manage to catch one, you’re going to get a whole lot of bang for your buck.  I’d recommend a playthrough for almost anyone – although if you’re the type who gets really frustrated when you can’t actually save everyone, you may want to pass, since certain events are hard-wired into the story and cannot be changed.