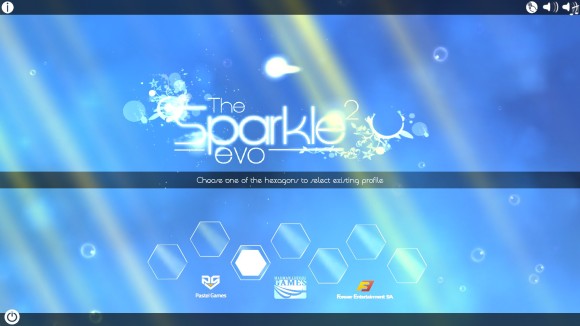 If you’re interested in pretty games, and you find consuming food to be a compelling game play mechanic, you may have just have stumbled upon your perfect game. Sparkle 2 Evo is absolutely stunning, and no matter what the draw of the game is supposed to be, this is the best reason to play. 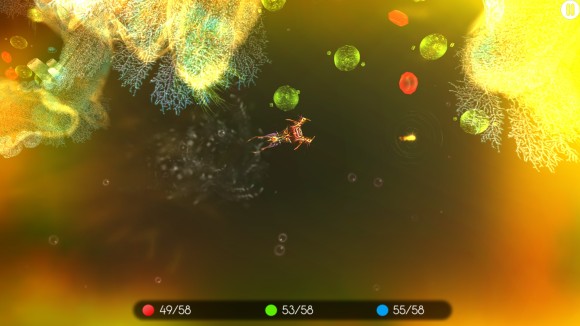 The Steam page has a lot of text about how you’re controlling your evolution, but here’s the thing – the only control you have is choosing what to eat. There are three different colored elements, and to complete a level, you must eat everything of at least one color.  Now, there’s nothing stopping you from eating everything, but which colored blobs you consume dictates the look of your avatar. That’s it.  That’s what the game is all about. You eat, and you look pretty. 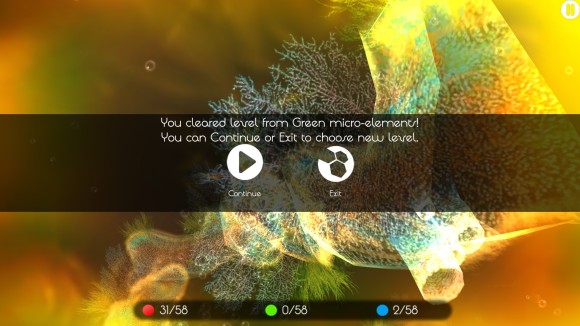 Sure, you can choose to play “competitive mode” which means there are some other creatures also going for your same food sources, and also, you can eat them. The other creatures.  There’s a theme here, and it’s all about the food my friends. 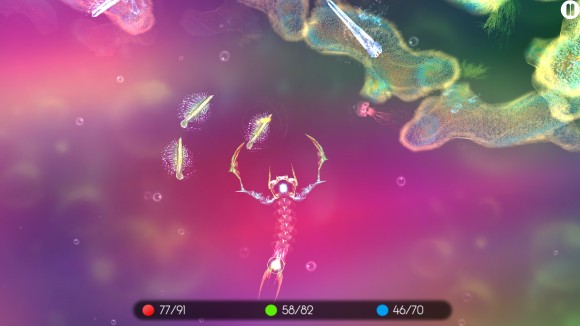 Although the game is perfectly playable on a computer using either mouse or keyboard (if you choose mouse, make sure you have a scroll wheel or you’re going to be very frustrated indeed), it’s clearly intended for touch screen play, and I’ll admit to being a little sad that I don’t have this (or one of its sequels) on my tablet, because I think it would be a wonderfully restful thing to play curled up on the couch. Because despite having almost no game play, it’s gorgeous and it’s compelling, and I want to keep exploring the pretty. 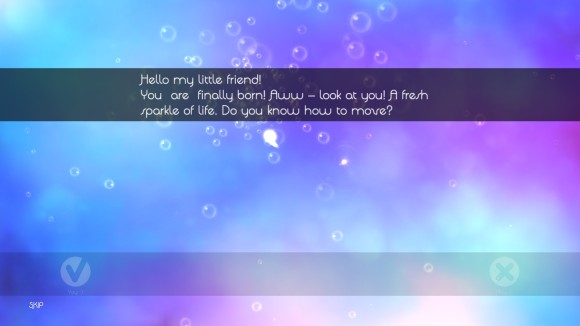 Unless you’re touch-screening it, don’t skip the tutorial. I did, and because I hadn’t played in so long, I had forgotten how to move up and down (here’s where that scroll wheel comes in, or you can use X and Z on the keyboard).  The faux-3D nature makes it somewhat difficult to tell which “level” the food is on, but the game helps you out with pulsing colored circles to let you know if there’s something uneaten on your current level in a specific color, and swimming towards the circle will aid you in finding it.  There are impassible edges, so you can’t just wander forever, which is sort of a shame. 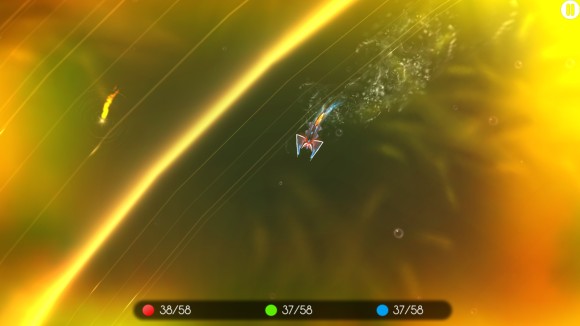 If you can pick it up on sale, and you go in looking for something that looks good and is relaxing, with some (mostly) lovely music, Sparkle 2 Evo is unlikely to disappoint. If you’re looking for action, or a mental challenge, look elsewhere.