Games like Flesh Eaters are why I try to base almost none of my gaming purchases on the description put out by the developer.  A top-down, retro-style zombie RTS with RPG elements and crafting? It’s a great idea. I wasn’t expecting much for a $2 price tag – but I had to know if it even kind of worked. 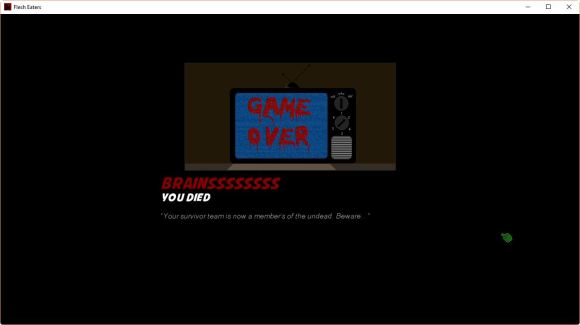 That was in the tutorial, people. Truthfully, the tutorial itself is pretty awful. If a game is going to have a tutorial, then teach me everything I need to know to get through it. I’m not clear on whether my issues were due to a less than stellar translation, or if you just don’t get enough information, but playing on the easiest difficulty in the tutorial shouldn’t feel that hard. 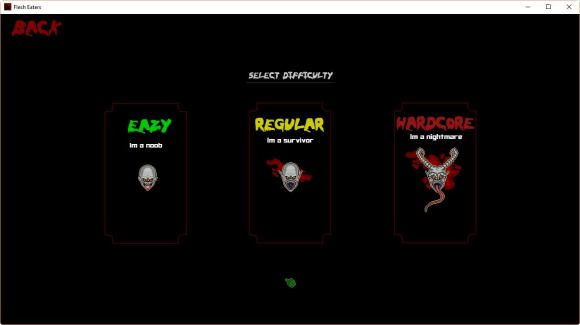 Which is too bad, because the idea has a lot of potential. You’re given a party of survivors, each with a class-based skill set, and you have to not only survive against hordes of zombies, but you have to figure out a way to escape the city before it’s bombed off the face of the earth in an attempt to control the infestation. The concept is almost enough to make me want to power through the odd control scheme and the wonky AI to see if it gets better. 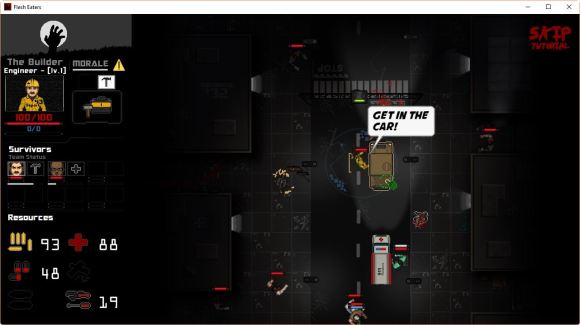 On my second attempt, I managed to get out of the tutorial with two of my three original squad members.  I lost my soldier when, instead of planting his feet and shooting at the zombies from a distance, he moseyed right into the middle of four, and got his parts eaten off.  I nearly got him out, but my medic was too occupied with looting parts from an ambulance to actually move where I told him to and patch the poor guy up.  Unlike in my first attempt, where I just didn’t get it, this time, it felt like it just didn’t work right. When commands don’t do what they’re supposed to do, that’s not a feature. 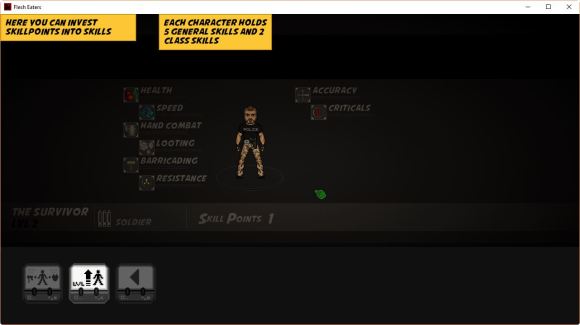 Personally, I don’t feel too ripped off – I picked up Flesh Eaters in a bundle with two other games for $0.24 in the 2016 Summer Sale.  I’ve made that back in trading cards, and I can’t even say that I definitely won’t go back and try it again.  This is definitely one of those times I wish that a more experienced developer would come along, see the potential, and develop a game around it that actually works.