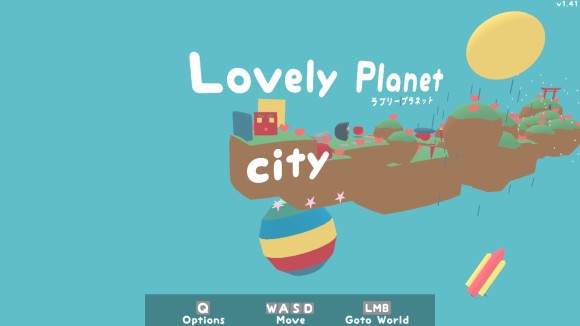 When something seems as outside of the box as Lovely Planet seems, I’m often compelled to try it out, even if it’s also outside my normal wheelhouse.  It’s probably the most cheery, colorful first person shooter out there. It describes itself as a Gun Ballet. I dabble in first person shooters from time to time, but I usually avoid the ones that look like they’re also arcade-like or platform-y, and Lovely Planet is both. 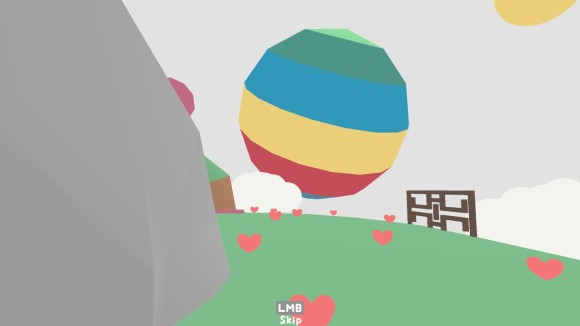 You get pretty much nothing in the way of instruction or tutorial. Occasionally, you see a sign that says something to the effect of “Kill All Baddies” or “Run Into Pillar”. That’s the instructions you’re getting, and you best appreciate them.  Despite the million hearts lying all over the ground, don’t think you’re going to be able to take a projectile or survive a fall – one mistake, and you’re back at the beginning of the level, all fresh and new. In fact, there doesn’t even appear to be a life mechanic at all – you just keep failing and Lovely Planet will tell you that it’s okay and give you another chance. 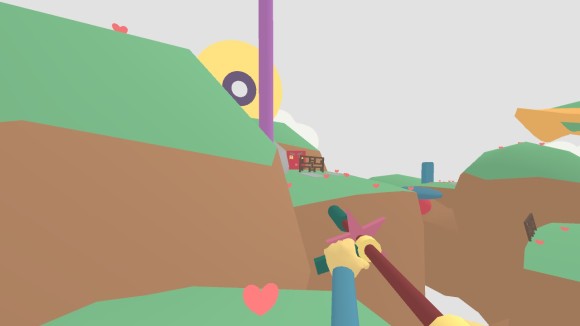 That red square with eyes? It’s about to start spitting purple cubes at me, and if I don’t dodge them while trying to shoot it, it’s time to start over. I’ve been killed a couple of times by red squares I didn’t see, but mostly, I die to failing to jump correctly. I don’t think it’s a control issue – I’m fairly certain it’s just a me issue, so if you have any platforming skill whatsoever, don’t let that statement dissuade you.

However, I will admit to being tremendously annoyed when, upon failing a level more times than I’m going to admit to, the game started giggling at me when it sent me back to the beginning.  Cheerful or mocking – you decide. 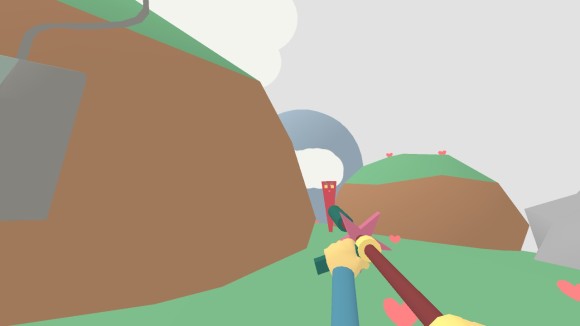 There’s no story, and the game play isn’t deep or even strategic really.  There is colorful scenery, and music that’s easy on the ears, and the ability to keep replaying levels in order to improve your time. Though the levels (at least the early levels) are short, there’s no shortage of them, so the six dollar asking price is completely worth it.  However, it’s also a game that’s frequently bundled and discounted, so if you can pick it up for a dollar or two, and you’re interested in checking out the happiest FPS around, you’ll probably really feel like you got a bargain.