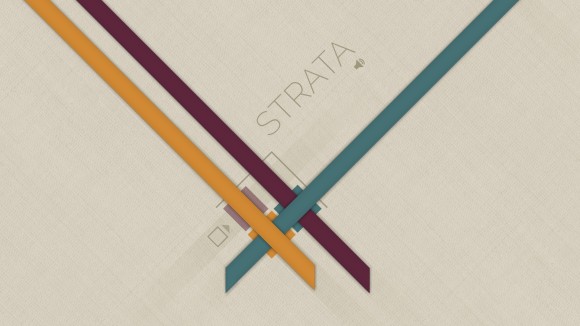 Strata is a low-key puzzle game that should be applauded for trying out something just a little bit different.  You’re given a grid and different colored ribbons, where the goal of the game is to make sure the top ribbon matches the color in the grid.  It’s not a terribly deep or complex game, but neither are most match-3s or solitaires.  Sometimes you just want a puzzle game that’s soothing without being overly challenging. 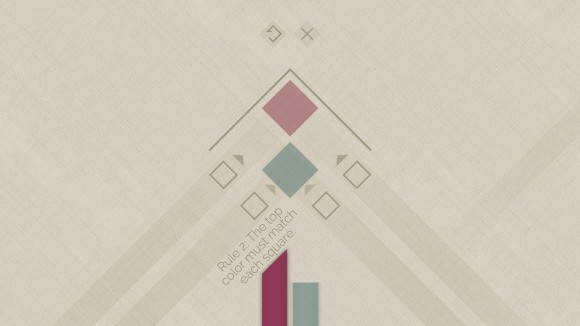 The first four grids are your tutorial levels, in which the game slowly introduces you to the rules.   However, once you get past those, the game adds in more colors, and eventually larger grids.  There are 7 sets, each with 4 waves, and each wave is a grid – so a 2X2 will have four puzzles, a 3X3 will have 9 and so on.

Despite the simplicity, or perhaps because of it, Strata is lovely to look at. The music and sound effects are fine, but nothing spectacular, and I don’t think the experience would be at all hindered by turning off the sound and listening to music of your choosing. The menus are as minimalistic as the game, which may turn some players off, and there is no exit button – simply push the escape key when you’re on the title screen and the game will close. 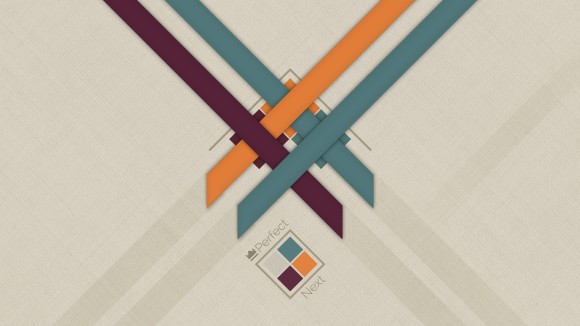 I feel like if you sat down to play a marathon session of Strata, you’d quickly get bored.  However, if you decide to sip rather than gulp, I expect there are many hours of relaxing puzzling to be had here, which means it’s probably better suited to play on a mobile device than on a PC. Either way, the price is reasonable for the amount of content you get, as long as you don’t try to gobble it all down in one sitting.