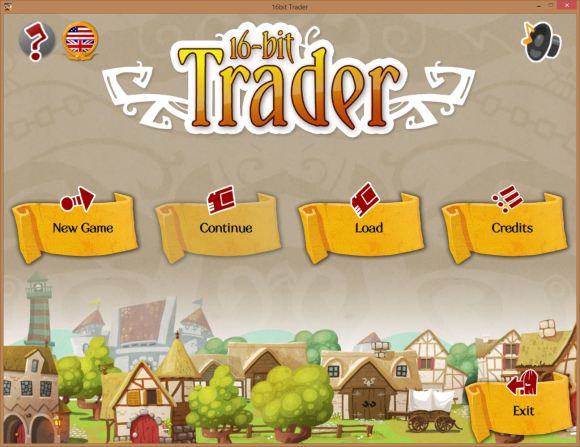 16-bit Trader is about as misleading as it can be in every way.  The name led me to expect retro graphics, but it’s actually a fairly pretty game.  Too bad that’s the only thing it has going for it.

The game begins by hitting you over the head with motivation: buy low, sell high to avenge your father’s death! I wish I were kidding.  You don’t need a tragic backstory to motivate in an economic sim – making money tends to be it’s own reward.  But I this I could forgive if the actual game was well put together.

But it’s not.  Calling 16-bit Trader clumsy would be generous.  The town you start off in has higher priced goods than any nearby neighbors, so starting with a full caravan is automatically going to lead to an early loss. You can pick up quests at the local tavern, but even when it feels like the quest should be logically finished, it stays in your log and there are no rewards, so it’s possible I missed something about how to do quests.  It costs money to travel between areas, and you have to stop at every place along the way. Also, you’re locked out of trading most kinds of good until you get the proper reputations, but the game gives you no idea how to go about obtaining said reputations. 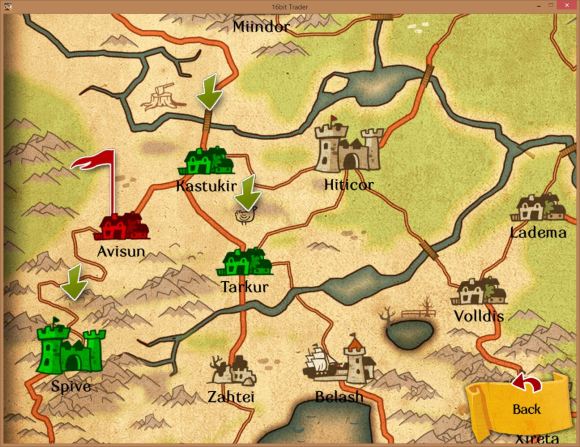 There are some places on the map which instead of settlements are areas that can be explored.  This would have been a nice addition to the game if there was more to exploring than clicking a “search” button and waiting to find out whether or not you found anything valuable.  At best, this serves as a soft reset – allowing you to get a few gems to sell to get goods somewhere that they’re not premium priced and give you a chance to actually play the game without bankrupting yourself in the first two weeks.

One thought on “16-bit Trader”