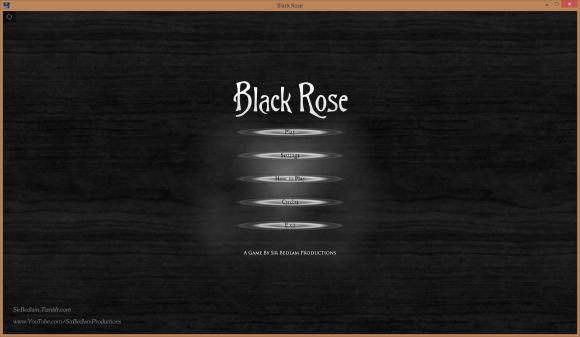 Black Rose is a free first-person atmospheric horror game that was recently released on Steam. I made a point to read as little as possible about it before firing it up – spoilers don’t necessarily ruin a scary game as much as a story driven game, but they’re still not fun.

There are two modes: timed, and story.  Now, normally, I feel like you start with story, and timed ramps up the difficulty, right? Not so here. 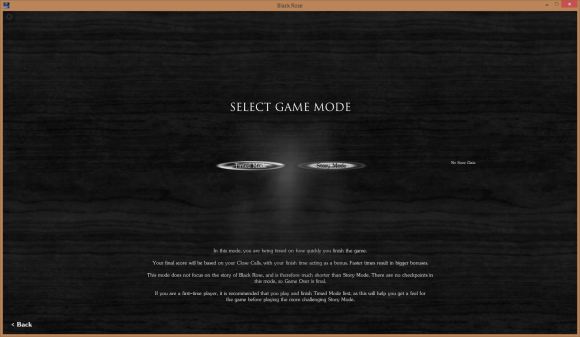 So, trying to be good, and follow directions, I hopped into timed mode.

You spawn into what looks like an old house, although it didn’t take me long to figure out that I was in a funeral home (not a spoiler: when you choose story mode, you’re told that much). You have a flashlight, movement is WASD by default, and you click on things to interact with them. The background sound is light, but a little unsettling – all the better to jump-scare you with.

Timed mode gives you a score that’s a combination of your time & the number of close calls you manage to achieve.  When you’re close to an enemy, your close call meter starts filling up, and it’s advisable to get the hell out of wherever you are. 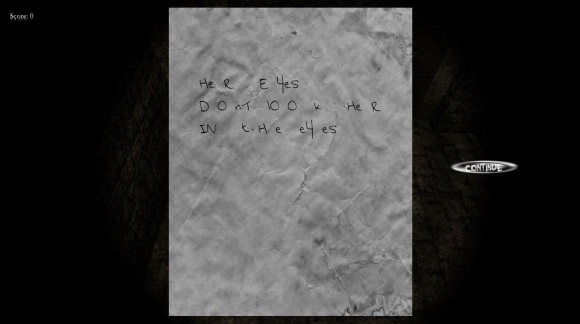 Suffice it to say, I didn’t last long.  And here’s the problem, without the cushion of story mode, I don’t know that there’s enough to hold my attention to start over.  Timed mode doesn’t allow for saving, where at least in Story mode, there are check points that will allow you to reload from an earlier point in case of failure (or in case you need to go take your heart medication and come back to it later).

Based on my short time with Black Rose, I’d advise not playing while home alone or in the dark or whatever, but I’m kind of a wimp when it comes to horror games. It’s a fast, free download, so as long as you’re not prone to seizures caused by flashing lights (yes, there’s a warning in there), I’d say give it a go, but I won’t be held responsible if you need to change your pants afterwards.