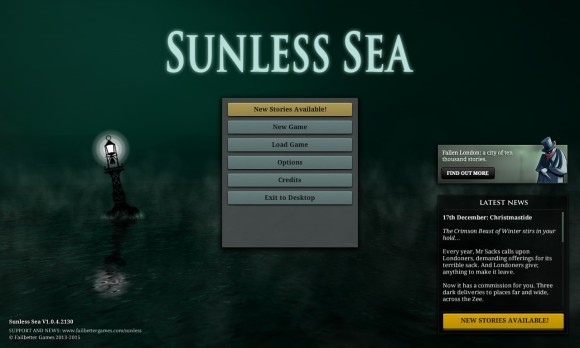 I’ve been fascinated by Sunless Sea since before it was released.  I cannot think of another game off the top of my head to feature a fantastically creepy Gothic setting wrapped around exploration-based storytelling. 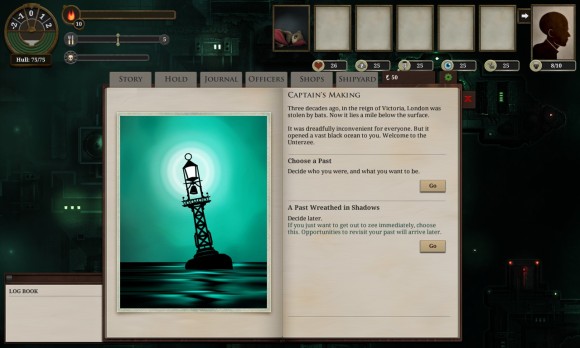 One of two things is usually true about story-based games.  Sometimes, there is a complete lack of replayability – once you’ve experienced the story, there’s little to no reason to go revisit it.  Other times, games start so weak because in order to increase replayability, the story is doled out in such tiny morsels that it’s hard to push through to the meat of things.

Sunless Sea is a rogue-like: in its default mode, you get a single auto save, and when your captain dies (and the game is very very clear that your captain will die), you pretty much start from scratch. So it has to walk a very very fine line – it has to be engaging enough to keep me playing after death, and it has to avoid being so repetitive that each death feels like a punishment. 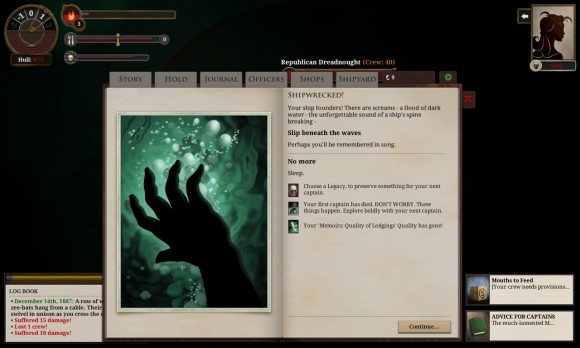 So far, I’ve only explored on a single captain – and I either made a bucket load of mistakes or was painfully unlucky.  I sailed far too far from port. I didn’t find any fantastic treasures that would sell for the kind of currency I would need to resupply. I starved my crew, and I blew up my engines trying to get out of a whirlpool.

My first outing on the Underzee took less than 40 minutes from character creation to a watery grave. I have no idea what’s going on, but where Sunless Sea undoubtedly succeeds is in the fact that I want to go back.

While looking for a demo, I did manage to stumble across Failbetter’s free browser-based companion game, Fallen London.  I almost wish I’d learned about the two games in reverse order, and I definitely plan to spend a little time with Fallen London before diving back into Sunless Sea.